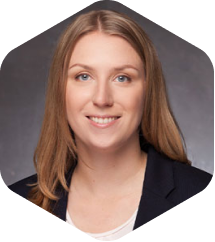 The goal for the company

The goal for Maria

"We had a hard time tracking where a invoice was at any given time. It was a very manual and laborious process for us."

solarisBank is one of the most exciting fintech companies in Germany and the most innovative tech company with a banking license. The Banking-as-a-Service platform has everything you need to build your own banking products. solarisBank leverages the power of Banking-as-a-Service to remove the barriers for companies to offer their own financial products. The platform was built from the ground up to bring financial services to new contexts that were previously unimaginable. With solarisBank, bringing a banking product to market has never been easier.

solarisBank was only able to gradually establish digital processes. At the beginning, invoice approval was still organised in paper form. The result was a lack of clarity and a lot of time. Maria Skoczowsky and her team were regularly running behind invoices . The challenge was to do away with approval folders and digitize invoice management 100%. The company needed a tool that showed daily which approvals were still pending, which had already been granted and which had been rejected. In addition, solarisBank needed individually defined workflows.

Paper chaos is a thing of the past - since the introduction of CANDIS, shuttle folders have become a thing of the past. With just one onboarding session, all employees were able to quickly familiarize themselves with their new automated invoice management system. Almost 70 employees now release a total of 600 to 700 invoices with CANDIS every month. The entire approval process is documented in detail for each employee. An automatic reminder email prevents open invoices and ensures maximum transparency and overview.

Recommendation to all SMEs

Passing on the word allowed! solarisBank learned about CANDIS through the IONIQ Group. The company builder digitized the invoice approval itself with CANDIS and recommended our cloud-based software to others.

Get started now and schedule a free brief consultation.

Our experts will take the time to find out how CANDIS can best help you and address your individual needs. Try our software 30 days risk free.