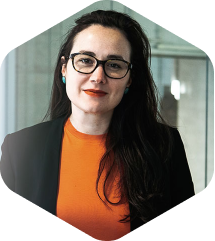 The goal for the company

The goal for Julia

IONIQ Group is a global platform and company builder made in Berlin. The company was founded in 2011 by Jan Beckers, Tim Koschelia and Hendrik Krawinkel and has since spawned three platforms and numerous startups in the fields of healthcare, financial technologies and advertising & big data. Ventures that IONIQ Group founds and takes under its wing benefit from an established network and numerous services.

Accountants walking down the hall with approval folders were not an uncommon sight. Early on, Julia Jansen drew up a detailed specification in which she recorded exactly which features a software for invoice management had to have. She still lacked the right tool for this. It was particularly important to the company that different limited liability companies could work separately with the software and that it was easy to implement.

After careful research, Julia Jansen decided on CANDIS. In addition to a video that mapped the problems of the processes before CANDIS, there were also mini-kickoffs with the Managing Directors after the big launch of the new tool. The move towards paperless invoice management has paid off! All employees can now transparently view and approve all invoices . The old release folders have been replaced by a clear and intuitive tool. Workflows were set up and individually adapted for the employees.

Recommendation to all SMEs

IONIQ Group has recommended CANDIS to our customer solarisBank: CANDIS digital invoice approval is suitable for all SMEs.

Get started now and schedule a free brief consultation.

Our experts will take the time to find out how CANDIS can best help you and address your individual needs. Try our software 30 days risk free.